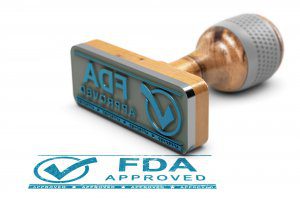 Sarepta Therapeutics, a life science company in Cambridge, Mass., develops genetic medicines to treat rare neuromuscular diseases which currently lack therapies to help the lives of patients with the debilitating diseases. As Sarepta focuses on transforming the treatment of serious, life-threatening diseases through RNA-based technologies, it relies upon good partners to assist with major projects that fall outside of their core competencies.

Protocol Networks initially completed two projects for Sarepta — a data center relocation and an office consolidation project. The scope of these projects included relocating Sarepta’s data center from Colorado to Massachusetts along with designing and installing telecommunications and computer networking infrastructure for Sarepta’s new headquarters in Cambridge. Because Sarepta Chief Information and Privacy Officer Steve Aschettino was so pleased with Protocol Networks’ work on these projects, he called them in when Sarepta faced their next growth point.

When Douglas Ingram came on board as Sarepta’s President and Chief Executive Officer in 2017, he brought along years of experience in life science management and corporate affairs. He also brought his vision for taking Sarepta into pharmaceutical marketing which includes going through the Food and Drug Administration approval process for drugs.

With an already high reliance on computing assets, the life science firm needed to bolster its technology assets – from infrastructure to user education – to be prepared for the long, challenging process of bringing a drug to market.

As Sarepta approached its first FDA Investigational New Drug (IND) application, Protocol Networks knew there was no time to spare in putting a winning plan into place. Because there is only a short window for companies to be profitable on a newly approved drug, Protocol Networks’ Philip Rogers, Chief Information Officer, put together a three-phase plan to ensure Sarepta would be ready to optimize their investment in the drug development and application process.

Phase 1 – Protocol Networks built up the infrastructure to include on-site and remote help desks, network monitoring and managed services to position Sarepta to scale up for phases 2 and 3. Protocol Networks developed “office kits” so Sarepta’s upcoming physical expansion could be implemented easily.

Bringing in Protocol Networks as project manager instead of hiring more staff to prepare Sarepta for its new line of business was a strategic decision that was cost effective as Sarepta only paid for what it needed. Sarepta’s internal IT staff was just one person at the time. As a strong, trusted partner Protocol Networks operated as though they are part of the Sarepta team, attending team meetings and trainings to better understand Sarepta’s objectives and mission. Protocol Networks allowed the CIO of Sarepta to fill out his Organizational Chart as if he had all the resources the strategy required.

Sarepta’s first IND was eventually approved by the FDA, so they didn’t have to invest in internal infrastructure and then figure out what to do with it if the drug wasn’t approved. Protocol Networks advised them on how to handle this situation as well. Protocol Networks converted two of its system administrators to Sarepta’s full-time employees.